Soo I’m doing this four day tour of northern thailand. My guide is a man from a Karen tribe, his name is Anan and our driver is from a Lawa/lua tribe.

This was the first day of four and it has been great. We started of by stopping at a karen market on our way to Doi Ang Khang, nothing that special. For lunch we went to the guides uncle and his village at Hoi Bong in the Chai Prakan district. We had some rice with pork and banana flowers. I didn’t know you could eat the flowers. And tea, of course tea. I learned some karen words and we chatted a bit about royal families and culture. It was very simple, we sat in their house on the floor and ate just like they would. And yeah they were eating with us :). A genuine and humbling experience!

After that I “helped” with harvesting some rice. I wasn’t good but I am sure I’ll bring luck to the farm anyway. They were happy to show me how to do it. This family were only planting rice for themselves. Not to sell it. A great thing is that other villages help with the harvest, it is like a community effort. If you help me I help you sort of thing. 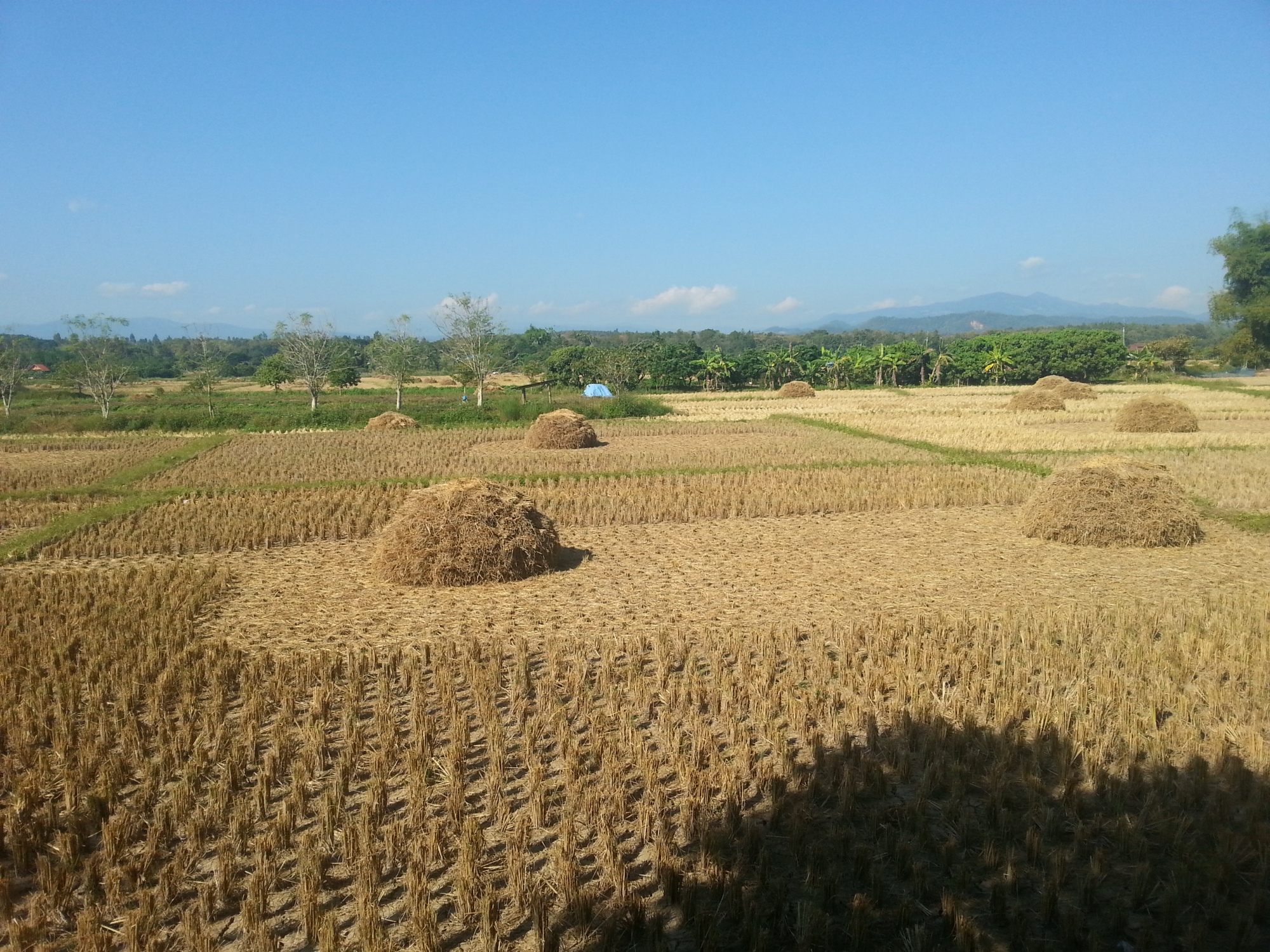 We then continued further on up in the mountains towards the bordee of Myanmar. We met some nice people at lookout points where they were preparing for new years. 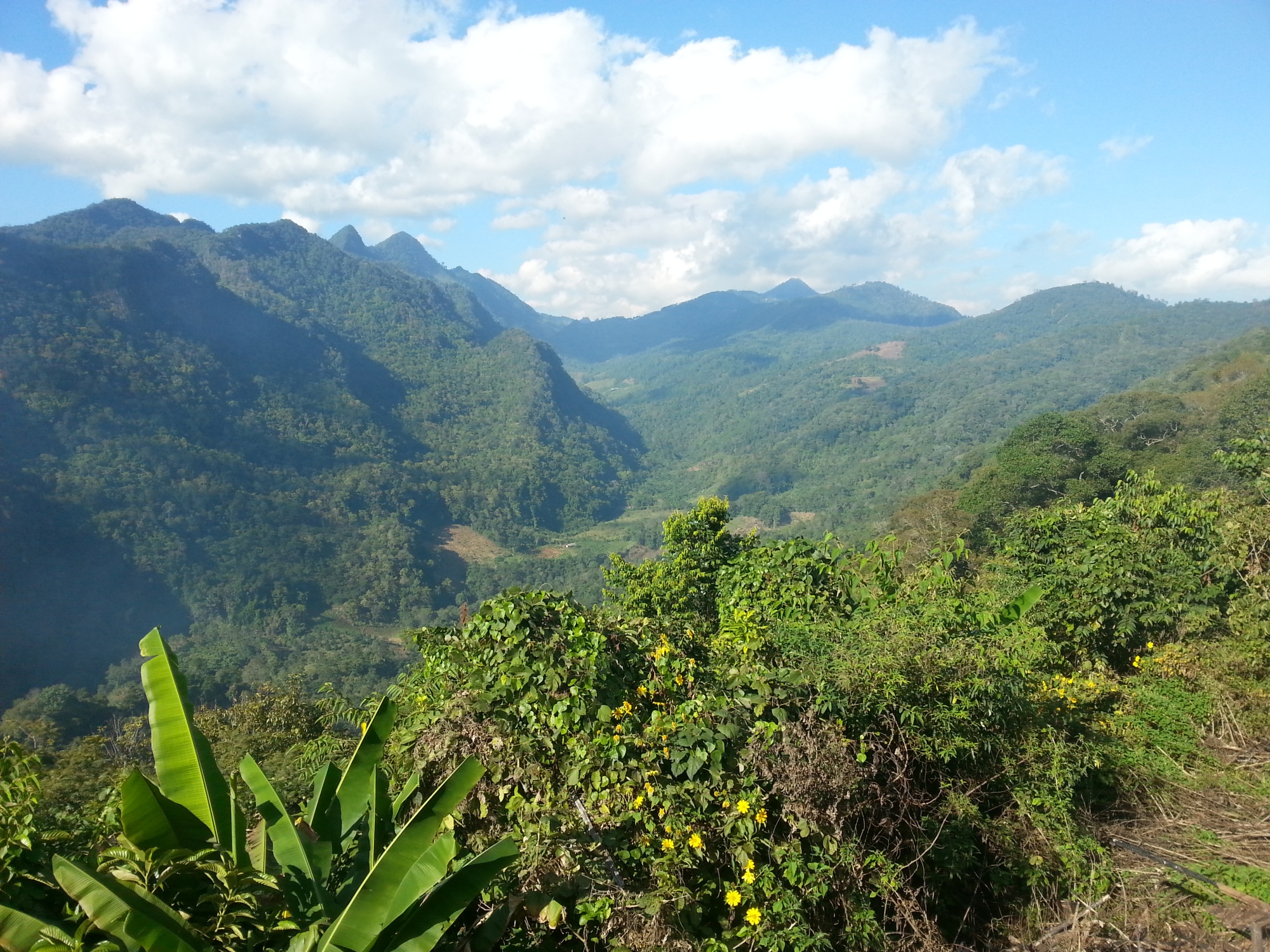 The valley in the picture is the border. During the day Anan told me alot about the different tribes around the area, the history of them and the government’s role in it all. It was a lot of information and I am sure I don’t remember it all. But a great aspect about the royal familys role here is that they really try to help the tribes. They support them so they can maintain themselves. They teach about other crops than opium and give education to the children so that they can give back to the country later on in their lives.

They have a border agreement where the different tribes can go across to their families for a couple of days or so and then go back to their hometown. It was good to see that since only a couple of years ago they were fighting at the border.

The village closest to the border was a Pah Long tribe. They gathered up here together like a community effort to try and sell some handicrafts to the tourists, it wasn’t annoying or anything, it actually felt quite genuine and for a good cause. And also everyone had black teeth from chewing bitternut!

A couple of hundred meters aways was a Black Lahu village. They live very simple and they still live by a spirit religion. They have their homes on stilts, each home built in just one day and all the animals wandering around below them. Dogs, cats, pigs (all black of course) and chickens. They live and cook in the same room. Ten people usually sleep in the house we visited. Because they cook and sleep in the same room, without any hole in the roof it gets pretty filled with smoke. But that way they keep all the bugs out!

We went even further up the mountains after that and stoped at some great viewpoints and campsites. Apparently this location is a heaven for Thai tourists from the south. They camp here in tents because they like to experience the cold. And up here on the winter time it can go down to around 10 degrees Celsius. That is pretty cold because the difference from the daytime is big, almost around 15 degrees Celsius. It is fun to see Thai people all geared up in thick winter hats and jackets! The military has a big presence here but I never even saw a gun. It is all pretty relaxed amd they even loan out tents for free.

We stoped to get some pictures of the sunset at a rest stop where we had yummy pork buns!

Almost tasted like pirogues. Just before the sunset a couple of cars and minivans showed up, like clockwork in perfect time. But nothing crazy like it apparently is around new year. There are so many cars that you just leave it on the road and walk.

Our place for the night was a gotel in Ang Khang, mostly catering to thai tourists but still very good. Just a bit expensive now in the high season. For dinner I had some Yunan style Khao Soi, it was not a soup, instead a mix of noodles and vegetables. It was very good. A roi! And the waitress was pretty fun and laughed when I said “gai”, ordering the food with chicken 😉 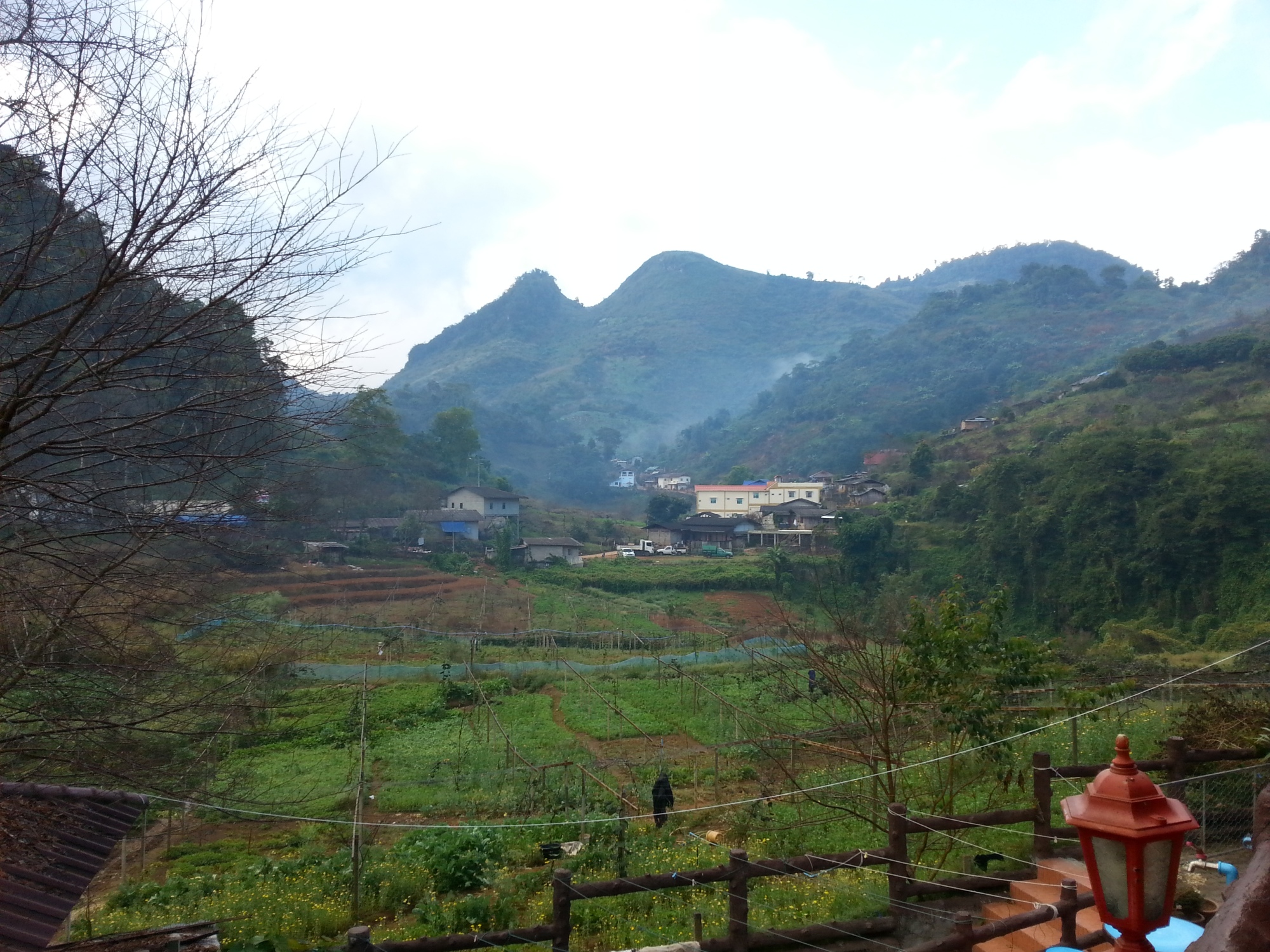 In the evening we took a walk around the small town. Saw a small market and met a few locals. One burmese cleaner working at our hotel, he taught us some burmese words and was very friendly. We also met another guide, working for the same company, he was a bit more energetic than Anan and let me try some Thai whiskey. Which actually was good. And when his wife called he gave me the rest of the bottle… which I still have in my bag,  I’m not a heavy drinker 😉

I did get a good night’s sleep. Although there was some Chinese tribe celebrattion going on. A funeral, and apparently they stay up all night singing and banging instruments and when I woke up they were still going strong 😀

And now were of again!