Traveling again!! But this time it is within my own country’s borders. And the goal is Karlskoga, right smack in the middle of the country. It is very exotic, I promise.

But first I have to get to the bus. It feels pretty weird traveling with public transportation in Sweden again. Maybe I’ll write something about that later (both good and bad) 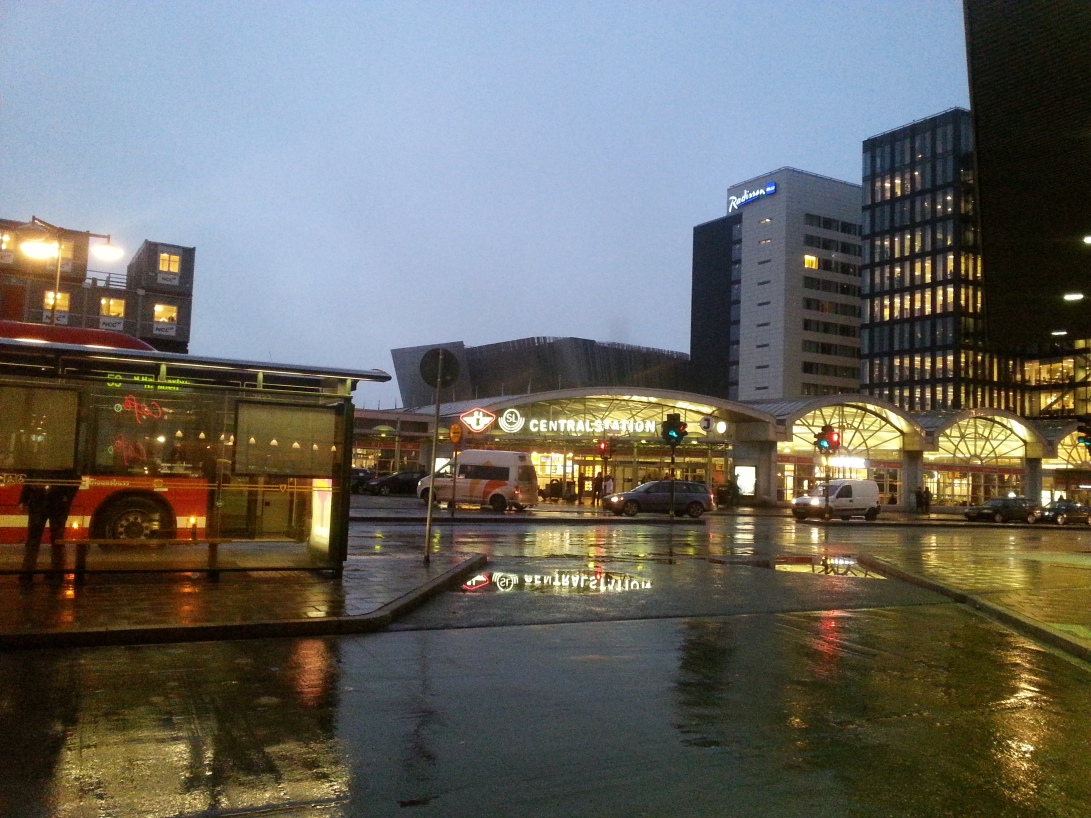 The central station entrance in Stockholm above and the bus terminal across the street below (woops, only the road outside and the interior, the picture of the exterior vanished) 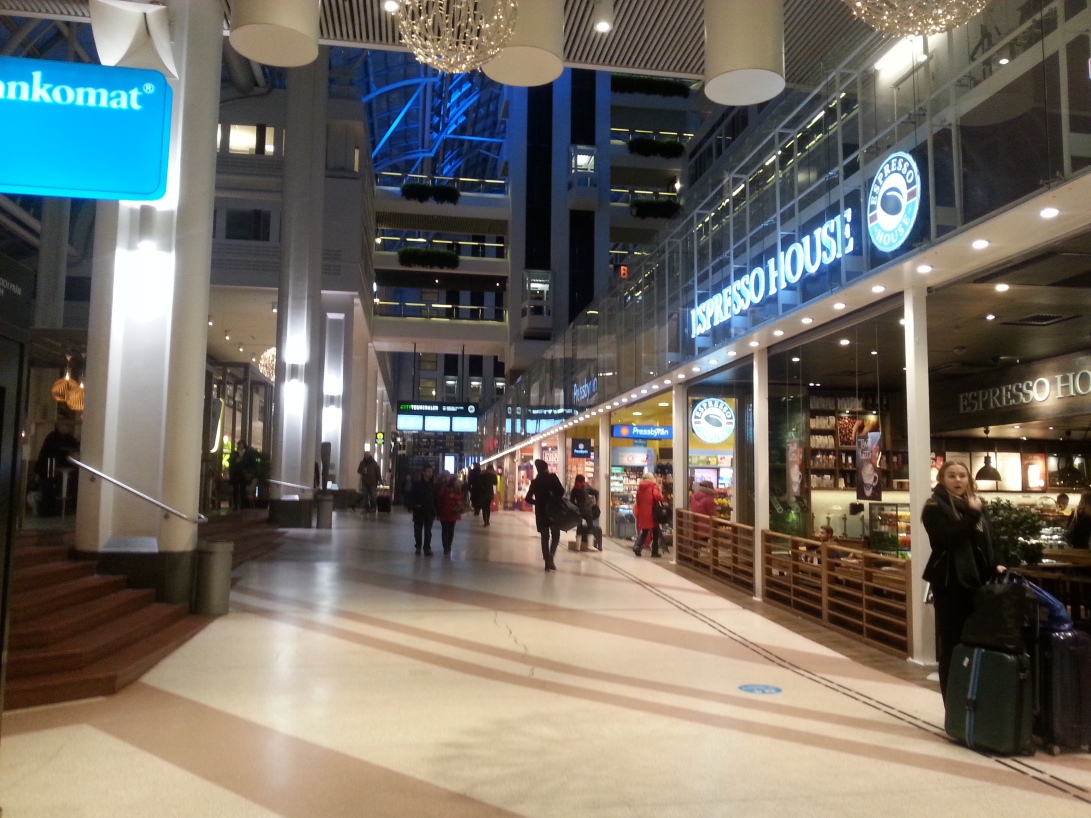 But whatever, it’s pretty functional and easy to find what you need. And it is now even easier than ever, they spruced up the place with more information boards and a big information desk. Very good for tourists! Something I’ve been wanting for a long time in Stockholm in general. 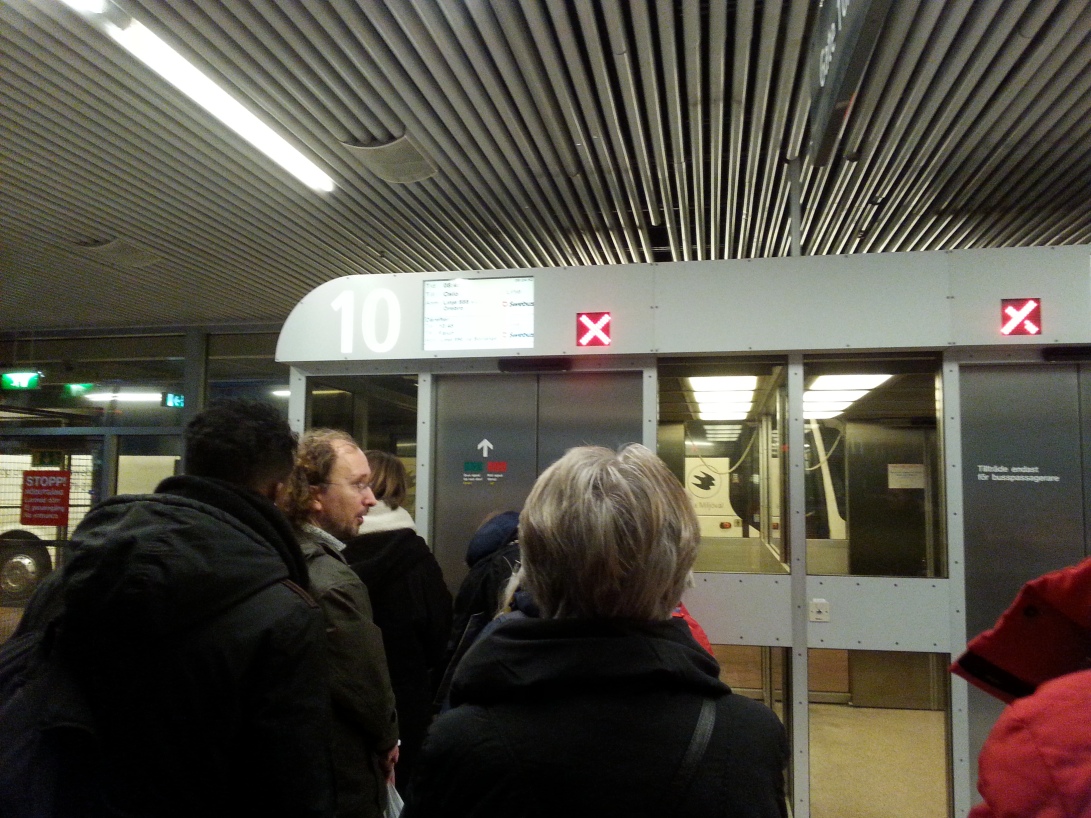 You board through gates like this, it is to keep out the fumes. That’s nothing new though. I just wanted to show you it. People stand in line nicely and very quietly waiting for the gates to open.

Apparently you can now by priority boarding as well…. I guess it is a nice way for them to get people to pay more for something they actually don’t need. You kind of might need it boarding a plane, but not boarding a bus. One guy did though. I hope he felt it was worrh it. I got the seat I wanted anyway, in the front and I didn’t see the guy anywhere, maybe he picked the luggage compartment as his seat.

The weather is perfect, sunny and warm and with a clear horizon…

And I finally have my headphones! It is pretty much needed when sitting by grympy ladies looking angry and asocial. Which my seat buddy seemed to be. I talked with the women behind me though, I have become a bit less Swedish (I think it is a big city thing though and not applicable generally to all of Sweden), I really wanted to talk to someone 😀

The bus ride is more “comfortable” with less bumpier roads and more room than in Southeast Asia, but I actually like it less than the minibuses in Thailand. Because with a smaller vehicle it feels more personal and it is much easier to stop somewhere for a snack or a break.

Anyway, I arrived and later I found a new hat. And apparently low price underwear.

I was shopping with my mom and found my new hat, and thai food!

Apparently we have thai shelves in stores here. That means I can cook thai food for my mom! I mean, I want to use my two food classes I took in Thailand before I forget everything. It will be my my present for my lovely mom. 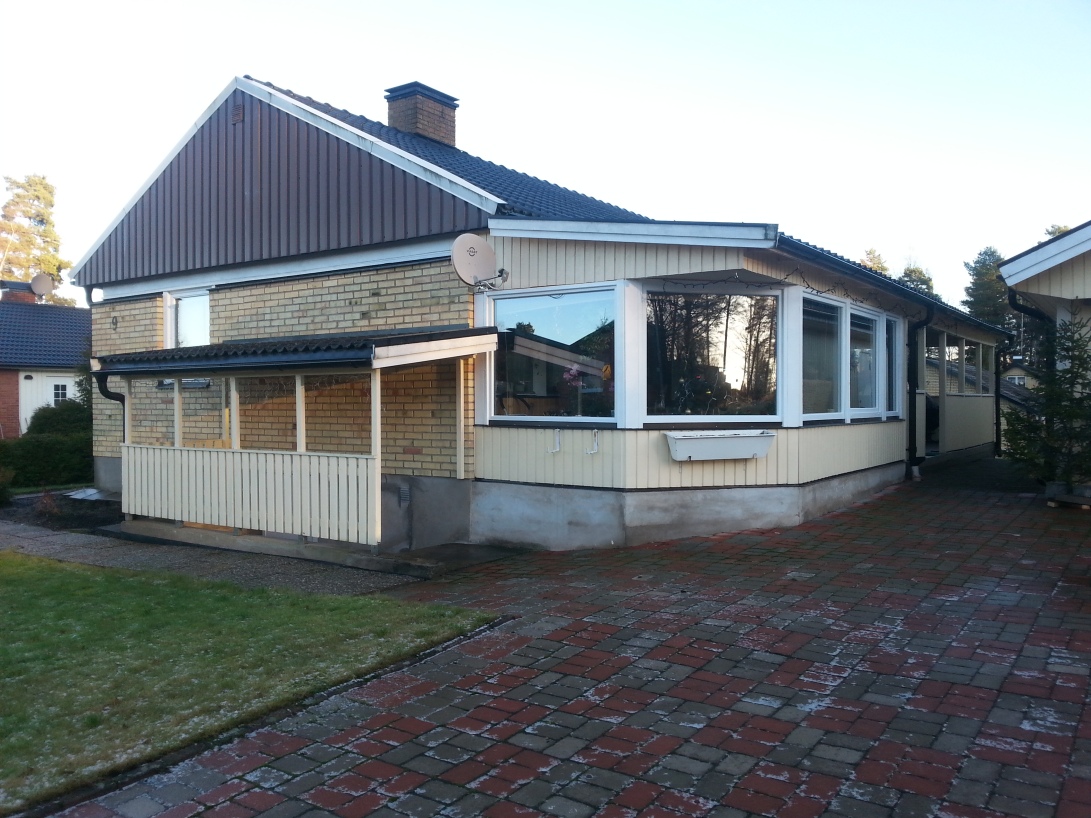 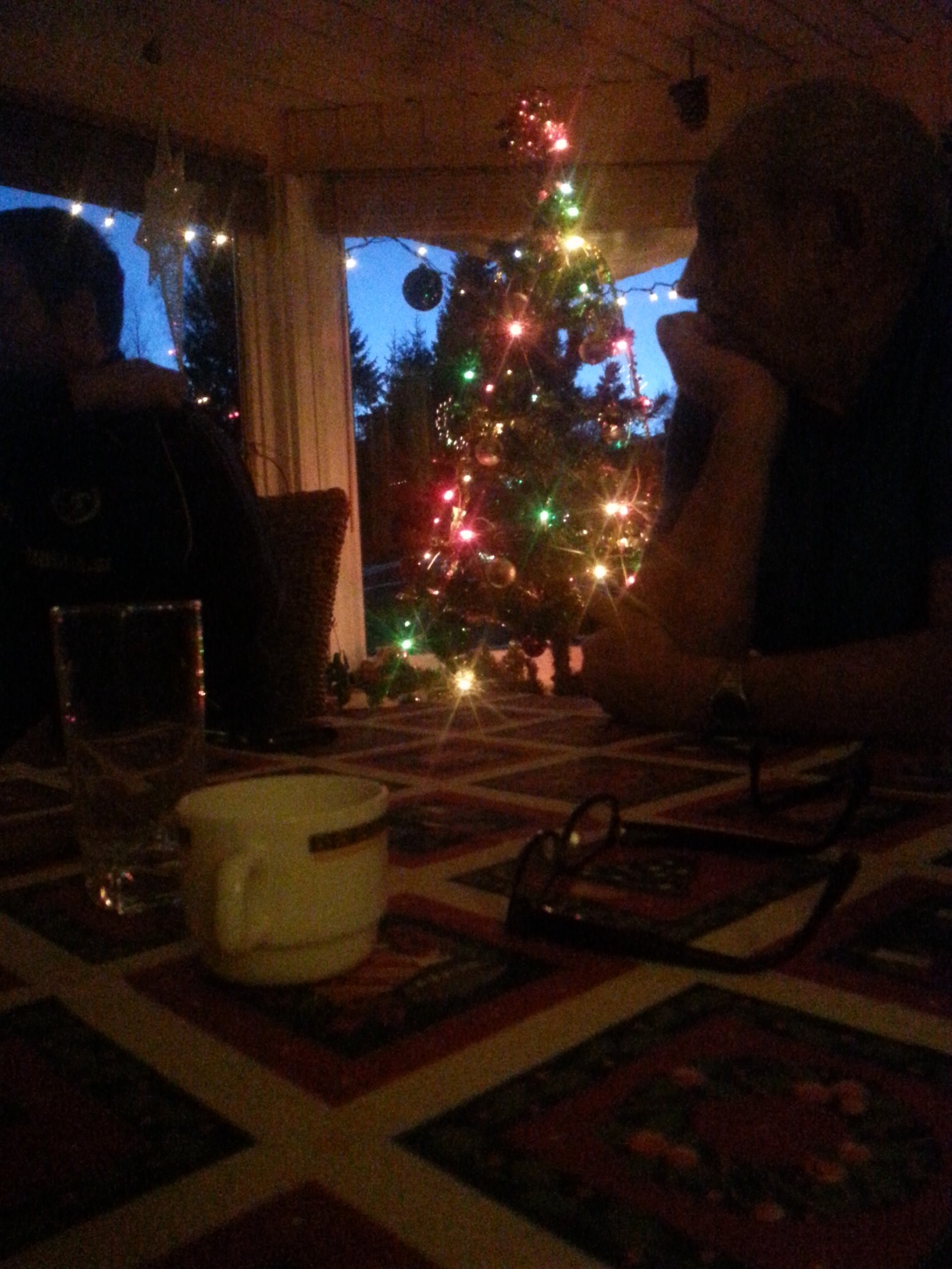 …
It’s great to be here anyway. Even though we look at crap like this and listen to really bad music all the time.
…My mon never turns off the radio. And the local radio is really terrible playing fantasticly terrible christmas music… I actually despise Christmas music with all my heart.